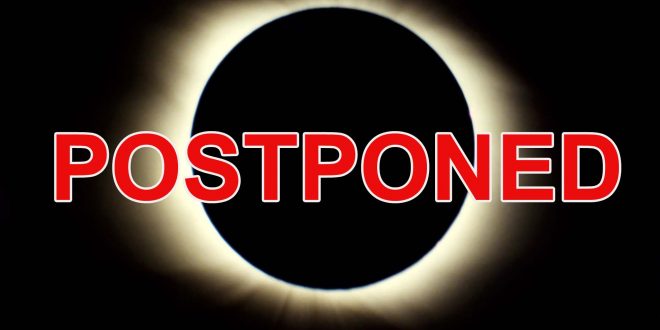 The total solar eclipse of August 21 will be postponed in the event of bad weather.

In a statement published on its official website, NASA announces the postponement of the total solar eclipse of August 21 in the event of adverse weather conditions.

A total solar eclipse will cross the United States next Monday, August 21. Dubbed “The Great American Eclipse”, it will be the first of the 21st century and will undoubtedly be the most watched and photographed in the history of mankind.
However, the weather forecast is not very optimistic for the day of the eclipse. NASA has announced a covered sky over the whole of the American territory with rainfall that will have the effect of obscuring the sky and making watching the celestial phenomenon impossible.
In agreement with US government authorities, NASA is preparing to postpone the eclipse at a later date: the next day in the best case or another day of the week if bad weather persists.

Previous Earth Hour : The WWF invites you to turn off your car headlights on Saturday 25 March between 8:30 pm and 9:30 pm
Next Following the tremendous success of the solar eclipse, NASA announced a second eclipse on Wednesday morning.