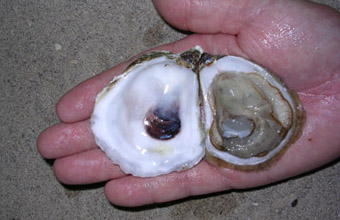 Killer oyster: a U.S. citizen among the first victims

A 38-year-old U.S. citizen living in the coastal town of Portland in the State of Maine has probably been the victim of a killer oyster.

While opening oysters ahead of the traditional New Year’s Eve meal, the man is thought to have eaten one of the shellfish. The characteristic symptoms then quickly appeared: stomach pains, heartburn, dizziness, incoherent speech and spasms. The medical help which arrived quickly on the spot could do nothing for the unfortunate man.

And yet a killer oyster alert had been launched nationally a few days before New Year’s eve, after the first cases had been reported. This health alert has since been largely relayed by all the U.S. news media.

It should be remembered that the oyster concerned is a mutant species visually similar to that of the traditional Crassostrea virginica (commonly known as the Virginia oyster). This new species, of which little is known for the time being, seems to have been inadvertently harvested at the same time as consumable oysters. Indeed, they are found in the same baskets.

The killer oyster does not die under the effect of lemon juice and survives when swallowed. Once in the person’s stomach, the animal then starts its own meal by devouring − with a healthy appetite − the victim’s internal organs.

Faced with this exceptional situation, health authorities have provided some common sense advice to protect gourmets from the lethal consequences of the ingestion of such a killer oyster: “consumers should thoroughly chew their oysters before swallowing them (…). If their teeth aren’t up to it, they should first cut the oyster’s flesh with a pair of scissors to ensure it is dead before you ingest it.”

This report was translated from an article published on the French local information website: “echo from the loop” (l’écho de la boucle)