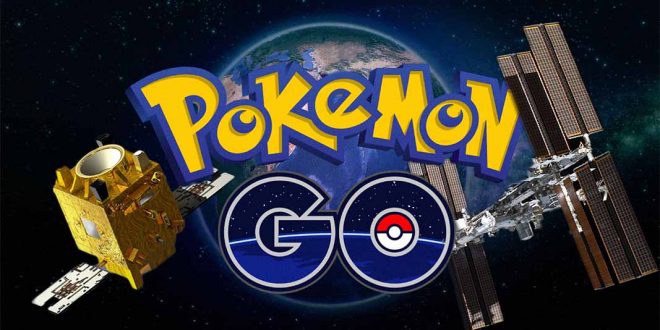 Pokemon Go: Distracted by the game, the pilot of the International Space Station (ISS) crashes into a geostationary satellite

This is the first accident of its kind in space caused by the Pokemon Go game. While busy trying to find a rare Pokemon on his smartphone screen, the astrophysicist responsible for the flight of the International Space Station (ISS) took his eyes off the control module navigation screen. This caused the station to gradually drift off its trajectory and a few moments later to crash into a satellite in geostationary orbit.

The collision completely destroyed the satellite. The station space, weighing 400 tons, only suffered a few minor scrapes on the front of its protective shield. Fortunately, the damaged satellite was only a meteorological satellite used to monitor trends in the global warming of our planet. The consequences would have been much more dramatic had it been a satellite used to relay Internet communications between continents and in particular those relating to the Pokemon Go game.

Previous A physicist disappears into a mini black hole created by the CERN particle accelerator (Switzerland – Geneva)
Next A terrorist arrested with an explosive belt containing Samsung Galaxy Note 7 batteries.