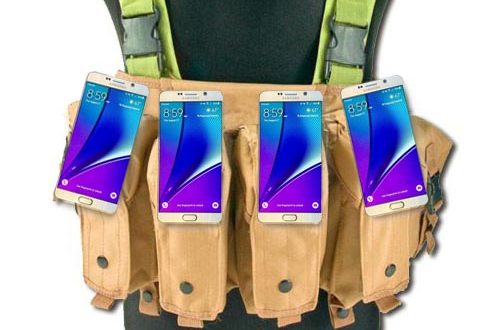 A terrorist was arrested this morning in the state of New York. He was carrying an explosive belt composed of a dozen batteries collected from Samsung smartphones Galaxy Note 7.

In September, the Samsung company recalled millions of smartphones due to many cases of explosions related to a battery problem. These incidents have not escaped the terrorists who have found them to be a cheap and very easily accessible source of explosives.

Faced with this misuse of the batteries, the Samsung company announced this morning that it was completely suspending production of the model.

The company refrained from issuing anything more than a terse press release in which it states that the batteries of its devices were designed to explode in users homes and not in public places.

Previous Pokemon Go: Distracted by the game, the pilot of the International Space Station (ISS) crashes into a geostationary satellite
Next Signs of an extraterrestrial civilization discovered on Mars.